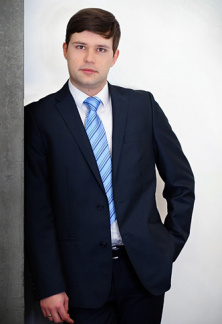 He graduated from law studies at the University of Silesia in Katowice. He is attorney-at-law  in the District Bar Association in Katowice (no. 1380).

He specializes in civil, commercial and construction law. He has experience providing legal services to the entrepreneurs, who are particularly concerned with the construction works of buildings, roads, industrial plants and airports.